Our BJJ Team in Japan!

11 of them successfully brought home a medal each and some, brought home 2! This time round, our Monarchy BJJ Team of 9 repeated the same achievement at the International Masters Asia and Tokyo Open hosted by IBJJF just last month. 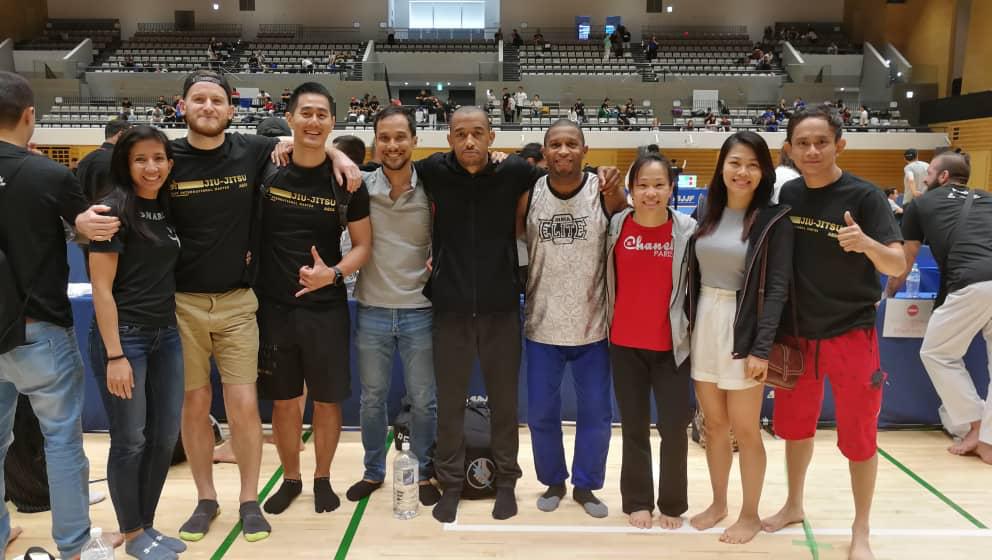 Rusyan Sopian, white belt bagged himself his 1st gold in his division making it his 3rd medal this year!

Si Ying, who competed for the 2nd time as a white belt won herself 2nd place in her division.

Ai Jin, who is one of our most all round impressive athletes out of Monarchy MMA won herself two gold medals

over both days in her blue belt division making her Masters International Champion!

Meanwhile, Eddie who is also a blue belt secured a gold medal for himself.

Junior Chua and fellow teammate Nazmy Salamat both faced off in the finals of their blue belt division.

Nazmy was able to secure gold from that round, while getting silver at Masters Asia.

Bjoern Henseler who is an avid BJJ competitor managed to get bronze at Masters Asia after going up against a very touch opponent in the semi finals.

his title at the Tokyo Open making him the International Master Asia Champion 2019! He returns to Malaysia with 2 gold medals.

Congratulations to our Monarchy BJJ Team on their achievements!

Catch them in action this weekend along with our entire team at the biggest Jiujitsu tournament in Malaysia; Copa Da Malasia happening at Paradigm Mall!

Do come by to show your support for your teammates, friends and family!

See you at Copa!